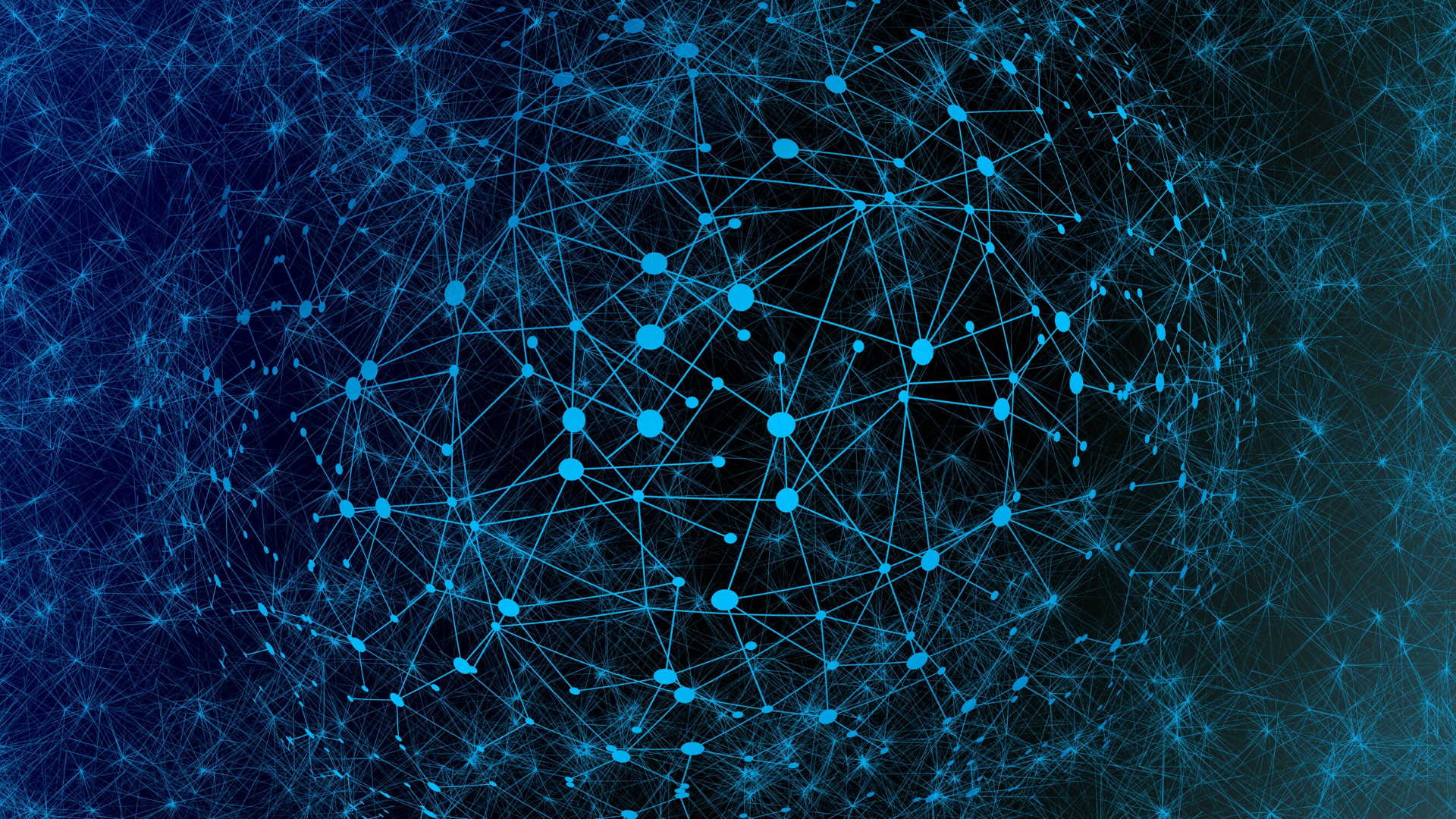 Strategy Vs. Execution: Which Is More Important to Your Company's Success?

Strategy Vs. Execution: Which Is More Important to Your Company's Success?

Bold moves are never easy. They’re also not cheap or safe. But one reason leaders discard maverick thinking is because they pay three seconds’ attention to strategy and immediately proceed to execution challenges.

Which is more important: strategy or execution? The vanilla answer is “both,” which you’ll get from people who also follow (and like!) the popular posts on LinkedIn that claim the secrets to getting hired, promoted, living long and/or being wealthy are to be kind, work hard and avoid hitting bosses in the face.

You need to make a choice. Do you know why? Because strategy is all about choices. Leadership is about motivating. Management is about organizing and controlling. Strategy is about one thing and one thing only: making choices.

Making choices is the hardest thing in the world for successful companies because it means not doing something, and that sounds red-flag-waving, emergency-siren-blaring risky. People are afraid to make a mistake and cause their success to come crashing to an end. Refusing to choose — “covering all the bases” –seems so much safer.

They might be right, but that’s only when the strategy is a mere continuation of the current strategy with a tactical tweak here or there. And that’s what often passes at Corporate for strategy.

The vast majority of employees — 99.99937 percent to be exact and scientific (we checked) — are dedicated to execution. That is, by definition, the role of employees and managers but not leaders. In a typical Corporate unit, that translates into thousands, tens of thousands, hundreds of thousands of people who toil day and night and often on the weekends and during vacations to implement their company’s strategy. If 100,000 employees putting checkmarks on tasks accomplished, meetings attended, quotas met, emails sent and vendors contracted can’t execute, who can?

So why do managers think execution is hard and strategy is easy? Probably because no one gathers them to take a break from the relentless execution for one day and think strategically. When someone does, managers are often shocked at how hard strategy is.

The crux of the issue isn’t actually what’s harder. The crux is the underlying belief that if execution were just a bit better (or actually, perfect), the company will prosper, competition will shrivel and peace will dawn on Earth. That underlying belief fits well with the knee-jerk response to stagnation or decline: Circle the wagons and execute the wrong strategy harder!

Strategy stumbling on execution might be saved with honest communication from leaders who prefer confronting reality to listening to the “mirror, mirror on the wall” chorus. U.S. airlines’ strategy of constant price wars was replaced by quiet “territorial division” where the U.S. was neatly carved up by dominating hubs (Delta in Atlanta, American in Dallas, and United in Newark, among others). Prices could then be raised given the fewer options available to passengers, which, coupled with reducing capacity and charging for everything extra (baggage, meals, seat selection; next: bathrooms?), proved a breakthrough to an industry that was once a perennial loser. No one in their right mind would call airline service outstanding, and dragging passengers bleeding from their seats because of overbooking has done little to gain admiration. But the profits keep soaring. And when the strategy of overbooking became a huge PR problem, airlines showed (tactical) agility by quickly replacing the practice of offering a cheese sandwich and a recycled water bottle as compensation for those volunteering to give up their seats with thousands of dollars in incentives.

The strategy of dominating hubs was the result of consolidation. It created barriers to entry. Loyalty programs — a truly innovative marketing strategy — put smaller regional airlines at a crushing disadvantage and further promoted consolidation into big ones. It may have been less than cherished by consumer advocates, but the alternative was bankruptcy.

Interestingly enough, Southwest Airlines, which has proudly kept its strategy of being the only domestic airline that doesn’t charge for the first two checked bags, is also the only airline that has been profitable for 44 years. Now that’s a competitive strategy that doesn’t even need to correct for bad execution.

Why can’t Corporate do the same? Giora Keinan, of Tel Aviv University, and several other researchers studied the effect of stress on perception. His 1999 study, reported in the journal Anxiety, Stress & Coping, revealed that especially during periods of stress, our human tendency is to narrow our focus: “Let’s just do what the others are doing, only execute it better. We have a 6.5-inch entertainment screen while they only have 5.8 inches.” 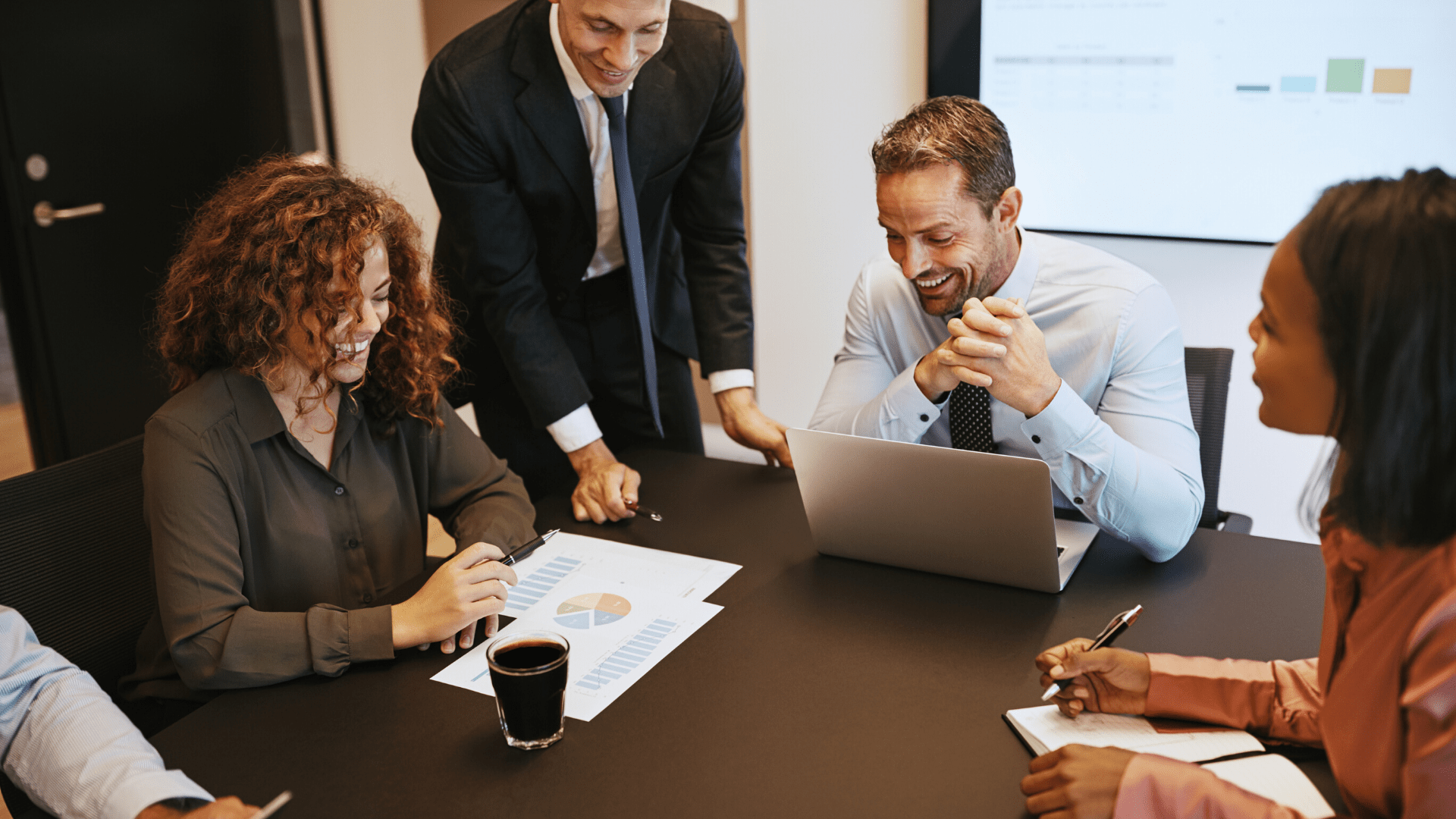 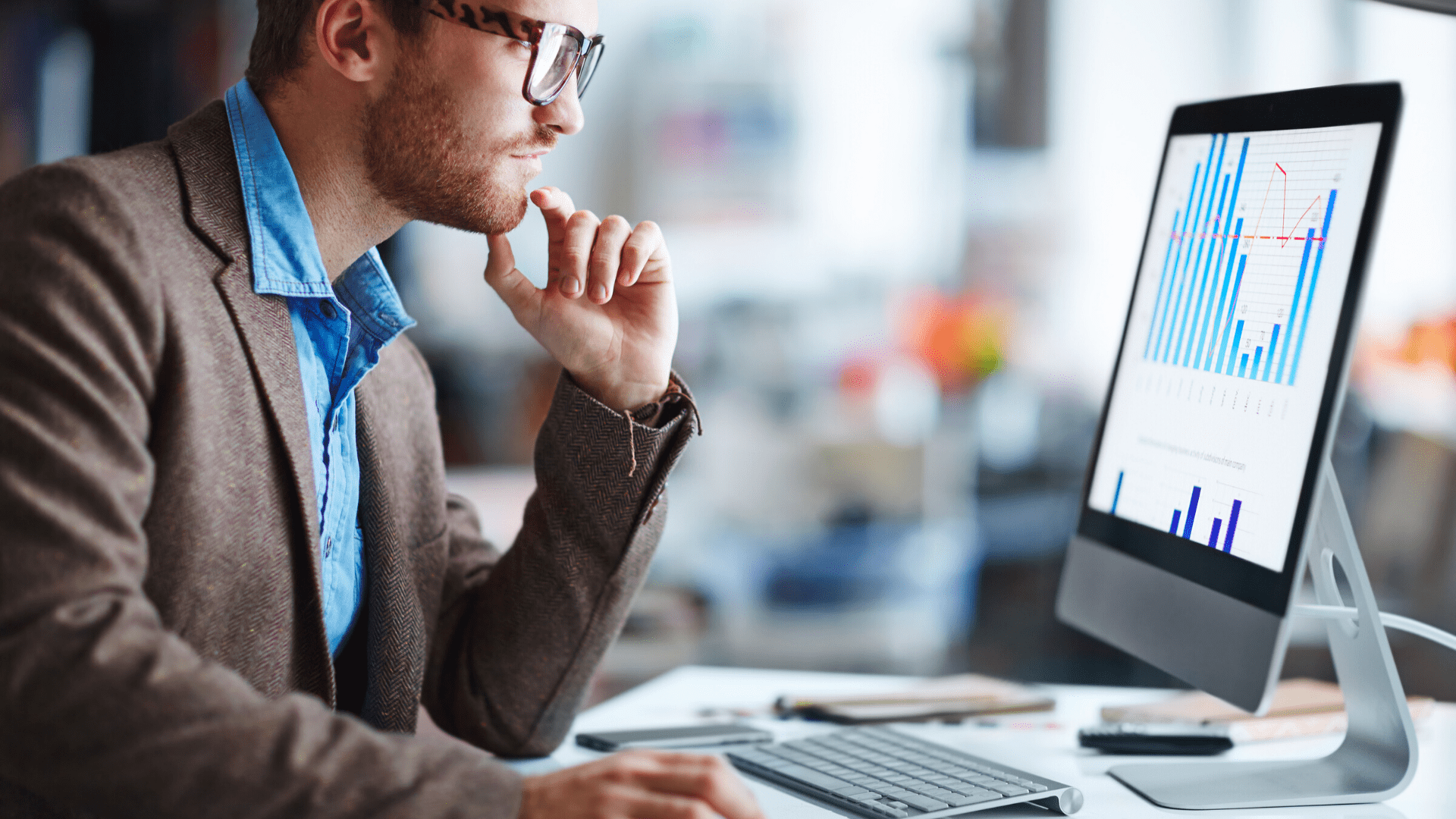 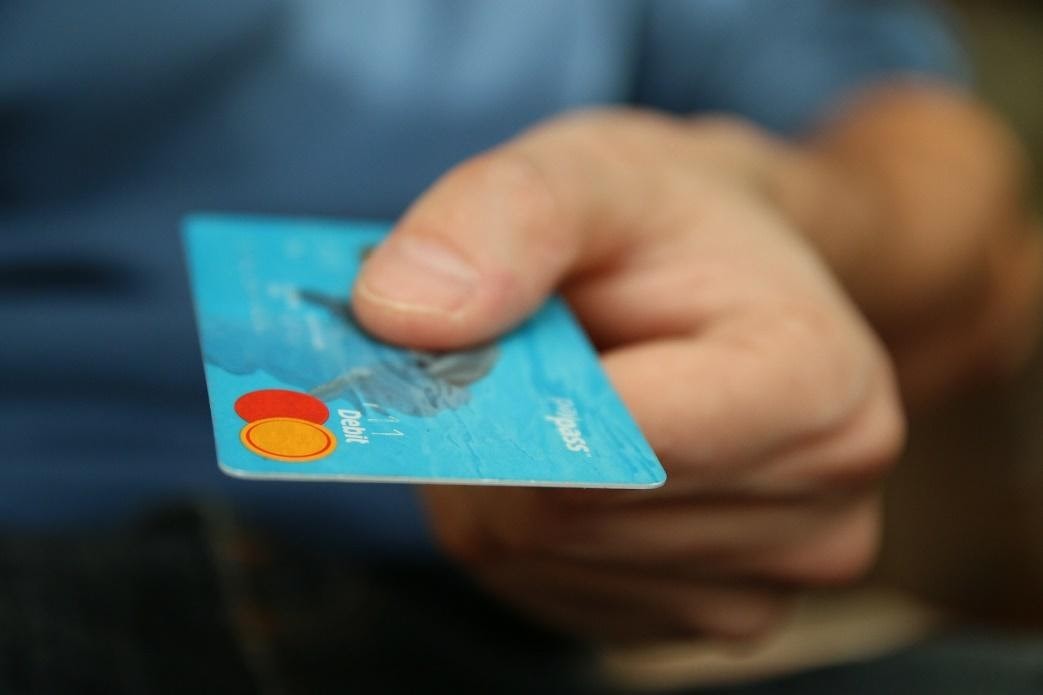 A business involved in conducting clinical trials for medical and pharmaceutical companies recently sent me a copy of their strategic plan for review in preparation for a forthcoming strategic planning workshop. I studied the nine pages carefully. But despite its promise to outline the company’s “Mission, Vision, Strategies, and Actions,” the document contained no real strategy.

This is not an unfamiliar experience for me.  I come across it all the time because a company’s managers often confuse a strategy’s design with its execution. Recognizing the difference between these two will have a major and positive impact on your organization’s performance.

Strategy design involves detailing positions to take on what I call strategic factors. These are the decision criteria used by key stakeholders, i.e., the criteria used by customers in deciding to buy from a business, or by employees in deciding to work for an organization, or by suppliers in deciding to supply to a company. Strategy design concerns the position that, for instance, Ford or Toyota as a company takes to woo customers on factors such as product range, price, retail locations, product quality and image.

Positioning can be quite subtle and can equate to the different brands of a business. Take, for example, the Accor hotels group. Accor carries a range of brands each catering for a different set of target customers with varying positions on customer service, price, and quality. It has a luxury end (Raffles, Fairmont, Sofitel), a premium space (MGallery, Pullman, Swissôtel), midscale (Novotel, Mercure, Adagio) and economy (ibis, hotelF1).

Strategy design must take place at the organization level because each business faces its competitors in the marketplace. They compete, company against company.

The reason executive teams struggle with strategy design is that they don’t adopt organization-level thinking at the start. They rush to execution at a strategy retreat, because they invariably arrive ready to address what they need to do. Unless the doing impulse is switched off, until design is ready, the cart gets put before the horse. This has clients leaving their retreat with a hodgepodge of actions but still no clear idea of where their organization is heading or how it differs from competitors in the marketplace.

I could see this in the clinical trial company’s strategic plan. It had pages of actions and they were fine – up to a point. The problem, as my pre-workshop interviews with members of the executive team exposed, was that the organization is “drowning in things to do” – the words of the CEO. Another executive suggested that the company needed “clarity about where we’re heading.” Yet another proposed that “we need a bigger picture around the strategic stuff” adding that “we get sucked into micro measurement.” Another executive described this abundance of activity as “leaving staff feeling quite lost.”

What the planned workshop had to achieve was clarity on the company’s positioning on the strategic factors for its key stakeholders and a stripping away of non-essential actions leaving only those which clearly drove these positions. To do that I needed to shift the executive team’s thinking away from individual action and up to organizational positioning.

What we concluded at the workshop was that there were two fundamentals that would drive the business’s success over its rivals – lower prices and superior client service. The CEO described the company’s larger competitors as “very expensive.” As work was won from clients on a tender basis, price would be positioned case by case. Where the company stood on service could be stated overall.

To lift the executive team’s thinking to the strategy design level I employed a technique which I’d used in the past to yield dividends. I asked, “As an organization what is your position on client service?” The wording and emphasis are deliberately chosen to shift thinking away from individual action.

The team crafted the following response: “A service tailored to each client’s specific needs involving a unique combination of pre-clinical planning with the avoidance of regulatory hurdles to streamline the product approval process.” Reduced lead times through the approval process allowed clients to commercialize their products sooner, giving them a first-mover advantage in their markets and delivering income flows from their products much earlier.

Lower prices and better service can be a killer combination, and this has proven to be the case. It has given the company a significant competitive edge over its rivals. From a base relatively small compared to its larger competitors, the CEO reports a “28 per cent year-on-year sales growth for the last three years.”

In preparation for your next strategy retreat recognize that underpinning the essential difference between strategy design and execution is level of analysis. While most participants may be unaware of it, it is one of the most important and useful concepts in social science. Strategy design operates at the organization level. Strategy execution operates at the individual level. If you don’t make this distinction, you’ll be committing the error I’ve seen in many clients. You’ll mistake individual action for strategy. And that can be disastrous.